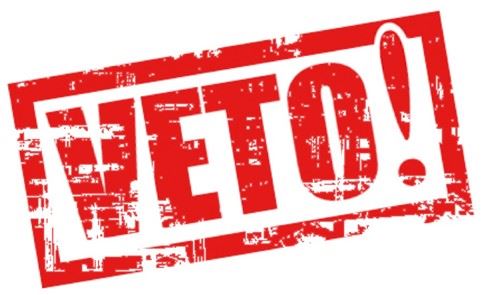 For several weeks now, Eye on Trenton has been expressing concern about the speed with which legislation has been flying through the NJ Legislature during the COVID-19 crisis. While I do understand the need for swift action on certain relief measures that directly relate to mitigating emergency issues arising from the pandemic, the lack of full transparency and thoughtful reflection on the fiscal impact of some of these measures has been unsettling.

While many of these fast-tracked bills are certainly well-intentioned, great care needs to be taken to fully assess the potential pitfalls involved when appropriating tens of millions of taxpayer dollars, at a time when we can ill afford it. The Office of Legislative Services needs time to fully research the potential costs and potential revenues that will result from the enactment of new laws, and the fiscal note they issue as a result of that research needs to be discussed and debated in an open public committee hearing. During this time of crisis, however, that has not been the case. Instead, bills are being introduced and sent to the legislature for a vote in mere hours, in some cases, without a copy of the bill being released on the website for public consideration and feedback. The only way for the public to submit testimony at this time is in advance via email–but how can we do that when the bills aren’t posted for public review before the hearings take place? That’s a very dangerous precedent to set.

Yesterday, Governor Murphy pumped the brakes and issued Absolute Vetoes on over half a dozen fast-tracked bills that reached his desk in this manner. Although the Governor expressed reluctance over blocking the assistance that these bills would provide, he also acknowledged the need for a more fiscally-responsible approach, given the looming budget crisis facing New Jersey. “The events surrounding COVID-19 are having a profoundly negative impact on the State’s economy and financial condition,” Murphy said in one of his veto statements, “as demonstrated by the decision to place over $1 billion in items of appropriation into reserve since March. These measures were necessary to ensure that sufficient cash flows are available to meet emergency and statutorily required obligations through the end of the fiscal year. Moreover, I have been advised by the State Treasurer that we expect this pandemic to cause precipitous declines in revenues both in Fiscal Year 2020 and Fiscal Year 2021, which will cause us to face a number of very difficult decisions in the coming months. In order to ensure that New Jerseyans have access to critical assistance during this time of crisis and recovery, we must take immediate action to secure our budgetary and cash flow position.”

I’m sure it was not an easy decision to block bills like A3857, which passed both Houses unanimously, and called for a $15 million appropriation for NJ’s Food Banks. I suspect that once we have a clearer picture of how much federal relief funding NJ will receive, that appropriation will be prioritized for reinstatement.

I applaud Governor Murphy for taking the time to fully consider the ramifications of the bills hitting his desk, and making the difficult decision to Veto these measures. Now, I’m hoping his actions spur the Legislature to take a much closer look at the bills they’re voting on, with an eye towards the future. For example, S2332, the 2020 New Jersey Emergency Rental Assistance Program, which appropriates $100 million and passed the Senate unanimously last month. While the bill directs the Commissioner of Community Affairs to first seek federal funding for the measures in the bill, it also says that whatever expenses not covered by federal monies will have to come from the General Fund–i.e. New Jersey’s already overburdened taxpayers. The bill is scheduled to be heard in the Assembly Commerce & Economic Development Committee this Thursday, May 7th.

Marijuana Legalization About to Become Reality in NJ