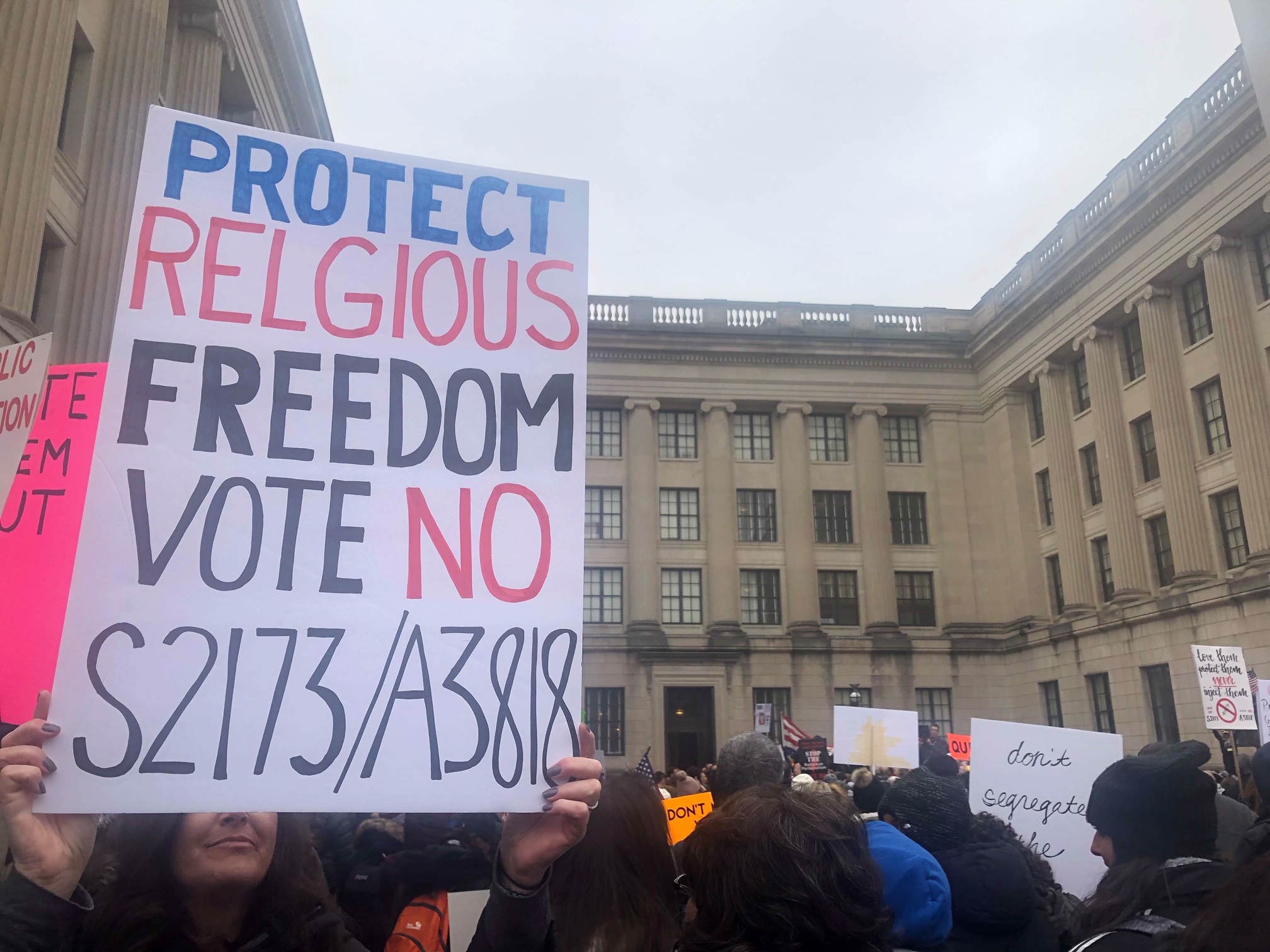 It’s a big day in Trenton: the last day of the Lame Duck Session, with both the Senate and the Assembly teeing up hundreds of bills for a vote this afternoon. Anything that passes both Houses will head to Governor Murphy’s desk for his signature. Anything he doesn’t sign gets bumped into the next Legislative Session tomorrow, and has to go through the approval process all over again.

I’ve got quite a few bills I’ll be watching today, too many to mention, so for now I’ll spotlight the three that are getting the most buzz, and one that no one is talking about, but probably should be:

S2173/A3818 seeks to remove the religious exemption for vaccinations. This bill has seen quite the roller coaster ride over the past few days: last Thursday, with 1,000 protestors chanting outside the Senate chamber, the Senate approved an amendment that convinced Senator Declan O’Scanlon to get on board with passing the bill. The amendment, which allows private schools and private day care centers to admit unvaccinated children under certain circumstances, squeaked through with a vote of 17-15.

Not long afterwards, however, Assemblyman Jamel Holley, who has opposed the legislation from the outset, announced that he is rallying fellow Assemblymembers (particularly the members of the NJ Legislative Black caucus) to reject the amended version of the bill today when it comes back to his chamber for a final vote, saying that in its current form the bill “discriminates based on wealth, address and ability to afford private education.” It’s all a numbers game now, and the opponents to these bills have already flooded the green outside the Statehouse this morning, with their children in tow, in one last ditch effort to kill the bills. [photo credit: Kim Kavin]

S3770/A6118 establish an Economic and Fiscal Policy Review Commission, tasked with conducting an ongoing review “of conditions and prospects for the State’s economy and other fiscal issues facing New Jersey.” According to the NJEA, which strongly opposes the bills, the legislation “would create another costly, permanent, bureaucratic panel, filled with political appointees, for the express purpose of promoting the same failed Pathway to ‘Progress’ agenda that has been used to unfairly scapegoat public employees for the state’s many fiscal failures.”

Both bills were heard with very short notice last week, released from their respective committees on January 9th, and scheduled for a vote on today. The NJEA issued an urgent Call to Action late last week to its members, directing them to call and email legislators over the weekend, even though state offices were closed. The concern appears centered around the high probability that the commission will recommend additional cutbacks to public employee retirement pensions and health benefits. A perfect example of how bills can slip through during the Lame Duck Session at the last minute, with very little opportunity given to voice opposition.

S3357/A4903 The “Liberty State Park Protection Act”, which is on the agenda for a vote in the Senate, would preserve Liberty State Park as “a public urban green open space, prohibiting the DEP from considering any proposal to commercialize, develop, or privatize” the park. This would effectively block any future attempts by Liberty National Golf Course to lease space on the Caven Point Peninsula in order to place three holes there, in a bid to attract revenue-generating PGA tour events. A previous application was denied in 2018. Hundreds of protestors rallied at the park this weekend, urging support for the bills, but thus far, Assembly Speaker Coughlin has not posted them for a vote today.

The other bill I’m watching that no one is talking about is S2776, which would prohibit the use of single-use plastic carryout bags, single-use paper carryout bags, polystyrene foam food service products, and limits provision of single-use plastic straws. The bill was amended in the Senate last Thursday 22-0 (with 18 members not voting), pushing back the effective date to two years after passage. The Assembly version of the bill received no action, but the Senate Committee Substitute for S2776 is up for a vote in today’s Senate session, and if it passes, could be referred to the Assembly chamber. I’m not 100% sure of the procedural requirements, but I think the Speaker could add it to the Board list on a waiver and put it to a vote. We shall see!