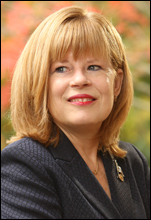 As anticipated, it was announced in today’s Legislative Digest that Assemblywoman Nancy Pinkin submitted her resignation, officially giving up her seat in District 18 after winning the election last November for Middlesex County Clerk. The Democratic county committee will vote on her replacement to fill the seat for the remainder of her term. The newcomer will have to launch a campaign this year alongside Pinkin’s former District 18 running mates, Senator Patrick Diegnan and Assemblyman Bob Karabinchak.