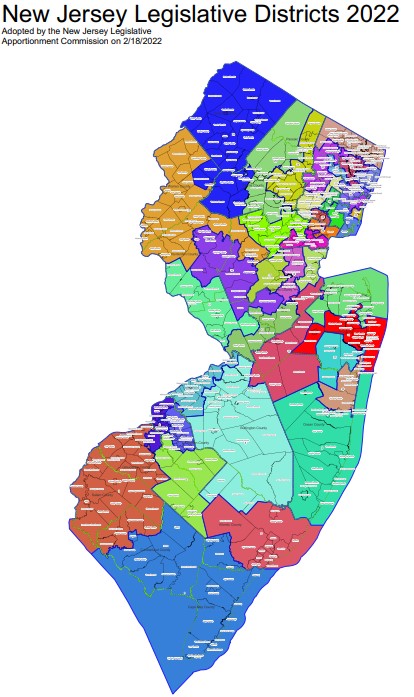 Republicans and Democrats on the Redistricting Commission have settled on a “compromise” map, approved this afternoon. There are a few incumbents who could be going head-to-head with colleagues to retain their seats (namely, Senator Richard Codey vs. Senator Nia Gill in D27, and Senator Nicholas Sacco vs. Brian Stack in D33) unless one opts for retirement over a primary battle. Others find themselves in a position to “upgrade”, including Assemblyman Raj Mukherji, who has already announced his intention to run for the Senate seat in District 32, an opening created by the aforementioned Stack shuffle.

You can view the new map HERE.