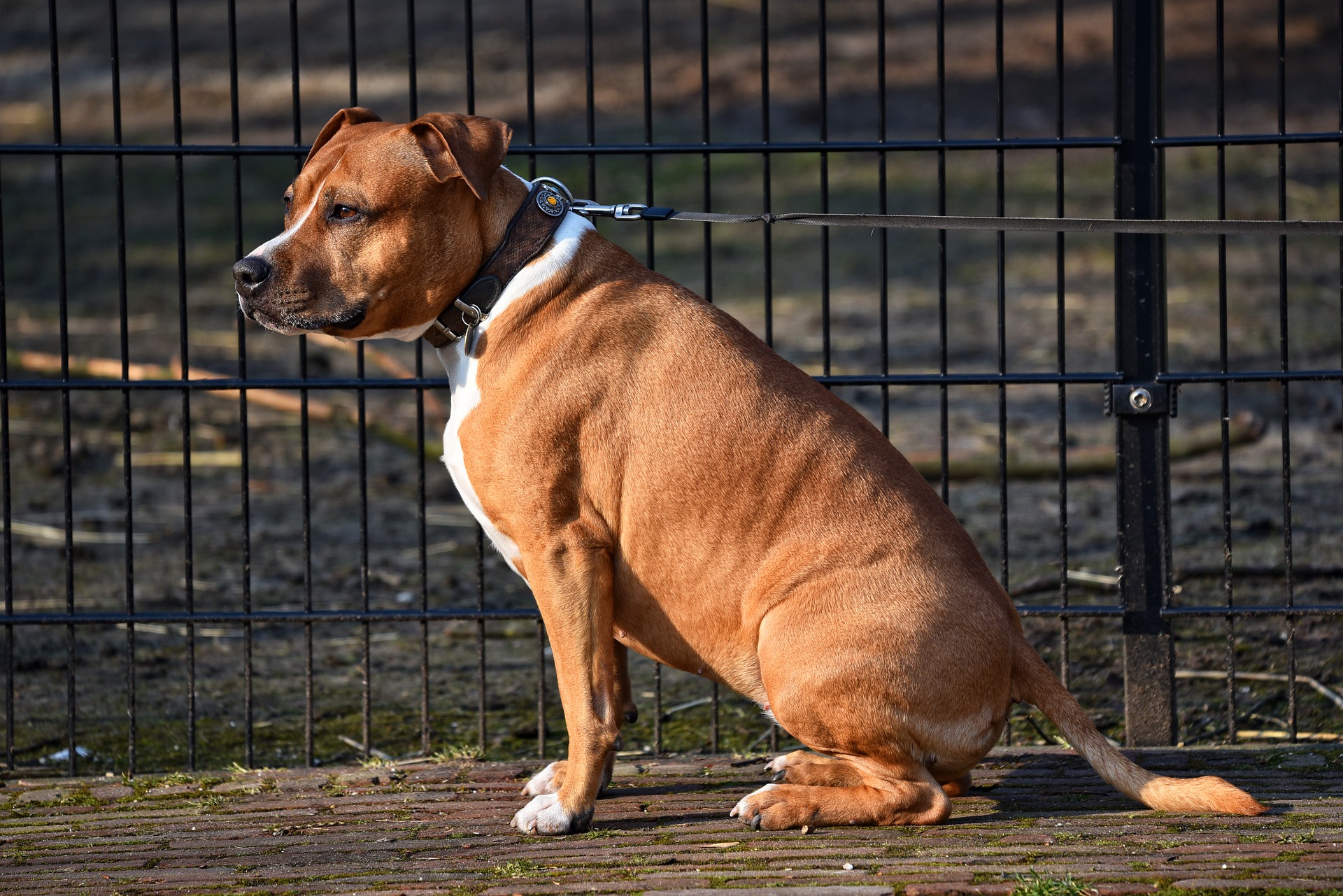 ****UPDATE #2****: A2401 was re-committed to the Assembly Appropriations Committee, but is being heard once AGAIN in the Assembly Agriculture Committee on Tuesday, June 22nd. Those who wish to submit testify and/or submit comments have until 3pm on Monday, June 21st, using the online Registration form: https://www.njleg.state.nj.us/HearingRegistration/RegistrationForm.asp

***UPDATE*** Senate Bill 3607 was removed from the June 15th Committee Hearing Agenda. The Assembly bill, A2401, has been re-committed to the Assembly Appropriations Committee, where they will consider the financial impacts of the bill on June 16th. As of 10:44pm, the Legislative Calendar has not been updated to reflect this change, but the Registration Form for testifying or submitting comments to the Appropriations Committee is available at this link, and A2401 IS listed on the schedule to be heard this Wednesday: https://www.njleg.state.nj.us/HearingRegistration/RegistrationForm.asp

EARLIER POST
Last Wednesday, the Assembly Agriculture Committee heard testimony (via video conference) on A2401, known as the “Responsible Dog Ownership Act”, sponsored by Assemblyman Benjie Wimberly. According to the sponsor, the bill aims to “hold dog owners liable for serious injury caused by their dogs and establish penalties for certain violations that threaten the safety of our children and all members of our communities.” The bill was released, despite a chorus of strenuous objections from about a dozen animal welfare representatives, including several humane societies, Animal Control officers, and others testifying in opposition to the bill. UPDATE: The Senate version (S3607) was pulled from the Committee hearing tomorrow and will be heard in the Assembly Appropriations Committee on Wednesday, June 16 at 10:30am instead. [Scroll down for more info on contacting legislators about the bill.]

Until recently, the Responsible Dog Owners Act had no Senate version, but received renewed interest following a tragic attack in March 2021, in which 3-year-old Aziz Ahmed of Cateret was killed by a neighbor’s two pitbulls while playing in his own backyard. The boy’s mother sustained serious injuries that required multiple surgeries, and a GoFundMe fundraiser set up for the family has raised almost $250,000.

The owner of the pit bulls who killed Aziz Ahmed was not charged with a crime, after an investigation showed that although residents had complained about his dogs getting loose before, the owner had technically not violated any laws; the dogs were fenced in on their own property, but dug underneath the fence in between their yard and the Ahmed home. Mrs. Ahmed had complained about the dogs before, to no avail.

WHY IS A FLAWED 6-YEAR-OLD BILL SUDDENLY MOVING SO FAST?

Several people have asked me: with so many people speaking up to oppose it, why wasn’t the bill held in order to make the necessary adjustments? The legislative representatives for Carteret include Assembly Speaker Craig Coughlin, one of the most powerful people in the NJ State Legislature, along with district mates Assemblywoman Yvonne Lopez and Senator Joseph Vitale. Coughlin and Lopez both signed on as co-prime sponsors to A2401 after the attack, with Vitale filing a Senate version (S3607) along with Senator Nellie Pou on April 19, 2021. The attack on Aziz gained national attention, and since this happened in their legislative district, it is spurring them to act quickly to address the tragedy.

The only attendee who testified in favor of the bill was Assemblyman Wimberly, who first introduced the legislation in 2015, after a fatal dog attack that occurred in Paterson when a 13-year-old boy was killed by a bull mastiff. A letter of support from Assemblywoman Lopez was also read into the record by a Committee Aide about an hour into the hearing. (The timing of it made me wonder if her comments had been submitted ahead of time, or if she was made aware of the large number of people speaking up against the bill, and wanted to offer one more voice in favor of it.) Everyone else who testified or submitted comments went on record as being strongly opposed to the bill. After reviewing the bill and listening to all of the testimony, I agree that the bill has some unanswered questions that need to be addressed before it can become law.

Committee members themselves expressed concerns over the bill. Assemblyman Parker Space raised questions regarding whether or not the bill’s leashing restrictions would apply to hunters using dogs in the course of tracking game, but an answer was not immediately available from the sponsor.  Assemblyman Space also expressed concerns about residents who could not afford fencing, and questioned how this law would affect dog parks. He ended up being the Committee’s sole No vote.

Assemblywoman Lisa Swain expressed concern for how the bill was approaching the issue of responsible dog ownership. She mentioned that, as an avid runner, she has been attacked by small dogs more often than large dogs, and this bill singles out large dogs for some of its provisions.

Assemblyman Houghtaling mentioned that he never lets his dog out on his property unleashed, so he was of the impression that he would not need to install a fence. [That is not what the bill says, and he was later corrected by someone who testified against the bill.]

Despite the reservations expressed, the bill was released. Assemblyman Parker Space voted No, while Assemblymembers  Houghtaling, Murphy and Swain voted Yes. Both Swain and Murphy expressed reservations about the bill, but said they were reassured by Asm. Wimberly that he would continue to address concerns raised.

After the bill was released, several of those who testified and asked for the bill to be held could be seen on the video shaking their heads in disappointment.

WHAT THE BILL DOES

Other than the bill’s sponsors, all of the people who testified on the bill or submitted comments to the Committee spoke in strong opposition to some key components. Even Committee members who voted to release the bill expressed reservations as they did so, calling for the sponsors to make additional adjustments before bringing the bill to a full legislative vote.  Many of those who testified against the bill recognized the awful tragedy that sparked renewed interest in the legislation, and said that while the bill is well-intentioned, it has many flaws that must be addressed before proceeding further. Here are the main points that were brought up by those opposed to the bill:

I did not testify against the bill, but after learning more about it, I have concerns about this legislation in its current form. Several key aspects of the bill are not clearly defined, including the definition of a “large dog” and the criteria that would constitute “threatening” behavior from a dog that would trigger a disorderly persons charge for the dog owner. (Disorderly persons offenses, while not criminal in nature, will still show up in routine background checks.) I also agree with Assemblyman Space that the issue of Dog parks is not adequately addressed, especially as it pertains to potential liability issues. Dog parks typically feature a fenced-in area where dogs can socialize and run around unleashed. If a dog acts “threatening” in that situation, what is the potential liability? If an injury occurs, can the town in which the dog park is located be held liable for damages? I believe there are many potential consequences that have to be considered before this bill goes up for a full vote.

TO TESTIFY OR SUBMIT COMMENTS TO THE COMMITTEE on A2401 [UPDATED 10:45pm June 14]:
The Senate Environment & Energy Committee will NOT hear S3607 on Tuesday, June 15th — instead, Assembly bill A2401 will be heard in the Assembly Appropriations Committee on Wednesday, June 16th at 10:30am. Due to the public health emergency, the State House Annex remains closed to visitors and members of the public will not be allowed to attend the meeting in person, unless properly registered to testify on a bill under consideration.  CLICK HERE TO REGISTER. If you wish to testify, check the box ‘Do you wish to testify?’ on the form. The form must be submitted by 3:00 PM on Tuesday, June 15, 2021.

TO CONTACT MEMBERS OF THE ASSEMBLY APPROPRIATIONS COMMITTEE DIRECTLY:

An informative Facebook post about the bill from Alan Rosenberg, author of the NJ ANIMAL OBSERVER blog Alan testified at the hearing and encouraged NJ to follow the successful model for reducing dog bite incidents that was implemented in Dallas, Texas.

News coverage of the bill:

Friends have set up a GoFundMe page for the family of Aziz Ahmed, the 3-year-old Carteret boy who was killed by two unrestrained dogs in March, 2021. https://www.gofundme.com/f/Ahmed–memorial-fund?utm_medium=referral&utm_source=unknown&utm_campaign=comms_wrd6+Ahmed–memorial-fund

The State of NJ prohibits the passage of breed-specific legislation, so it’s unclear what breeds will be affected by the “large dog” aspects of the bill. However, Assemblyman Wimberly did mention the CDC’s list of dangerous dog breeds most commonly associated with dog bite fatalities, including:

TO CONTACT MEMBERS OF THE SENATE ENVIRONMENT & ENERGY COMMITTEE ABOUT THE SENATE BILL: