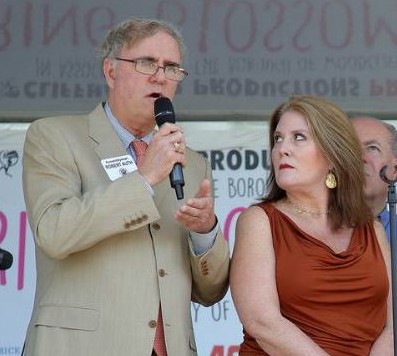 On March 9th, Republican County Committee members in District 39 will be asked to choose who will fill the open Senate seat left vacant by the sudden passing of longtime Senator Gerry Cardinale last month. Cardinale held the seat for close to 40 years, so political insiders didn’t exactly expect the process of filling the vacancy to be without drama, but few could have predicted the unmitigated mess it has become.

Just weeks prior to Cardinale’s death, Assemblywoman Holly Schepisi announced that she would be challenging Cardinale in the GOP primary. At the time, those loyal to the late Senator saw the push as little more than impatient ambition to vault another rung on the political ladder, and a betrayal of a longtime public servant who wanted to continue doing what he loved. Following Cardinale’s death, Schepisi allies felt a sense of vindication over her decision to mount a challenge, seeing it as a prescient move. Those who felt torn between the two expressed sadness over the entire situation, and perhaps some measure of relief, assuming that an unwelcome intra-party fight had been averted.

Upon Cardinale’s passing, his district mate, close friend and staunch supporter, Assemblyman Bob Auth, announced his desire to fill the open Senate seat, and run as the incumbent in the General election. Cardinale’s widow, Carole, quickly endorsed him, writing to County Committee members that having Auth succeed him “is what Gerry would have wanted.”

Battle lines were drawn, and in the days that followed, Schepisi rolled out endorsements from Republican elected officials, emphasizing her strong fundraising abilities and track record of securing the top number of votes in past elections, while Auth kept it old-school, knocking on doors of County Committee members, shaking hands and appealing to them in person for their support–a savvy move, given that County Committee members are the ones who actually get to vote in the Convention.

And then, on Thursday, all heck broke loose. What happened? It depends on who you ask.

On Thursday afternoon, the BCRO issued a press release, saying that Auth had decided to end his bid for Senate and run for re-election to his Assembly seat with Schepisi at the top of the ticket, after striking a deal during a sit-down with Schepisi and party bosses. Auth was even quoted by New Jersey Globe (a political news site run by infamous Bridgegate co-conspirator, David Wildstein, no stranger to “he said/she said” controversies) as stepping aside in the interests of party unity. Schepisi herself posted an emotional message on social media, confirming the deal: “I am certain my grandparents are looking down,” she wrote, “smiling and knowing that our family achieved the American Dream and their granddaughter may become the first female Senator in history from our district during Women’s History Month.” Believing that Auth had bowed out of the race, Schepisi also struck a conciliatory tone regarding his Senate run. “In all fairness, there was really no reason for him not to take a shot at it,” she told InsiderNJ, “So, I don’t begrudge him for doing so.”

Just a few hours later, however, word came that Auth was not, in fact, leaving the race, confirmed via a scathing letter sent to GOP County Committee in which Auth went all-in on his former running mate, claiming that she and party bosses had conspired to force him aside. “Unity means one thing to Assemblywoman Schepisi,” he wrote, “an unobstructed path to power and the BCRO Convention.” He called the press release “an offensive move” and “an orchestrated effort to corner me”.

“I will not be forced out of this race under the pretense of unity,” Auth declared.

Schepisi says she was blindsided by Auth’s letter–much the same way Senator Cardinale claimed to be when Schepisi announced her challenge for his Senate seat two months prior.

Over the last several hours, the battle leading up to the special convention has become increasingly nasty, with BCRO Chairman Jack Zisa publicly endorsing Schepisi, backing up her assertion that a deal had been reached for Auth to end his Senate bid. In a stinging rebuke, Zisa accused Auth of being “selfish, erratic, and duplicitous” in continuing his run for the Senate seat. Zisa’s words are in stark contrast to those of Cardinale’s widow, Carole, who said she endorsed Auth to fill her late-husband’s seat because he is “the only person in the field with integrity and leadership abilities.”

Now that Auth has doubled-down on his intention to run for Senate, the gloves are most certainly off.

Plastics Ban Up for Consideration Again