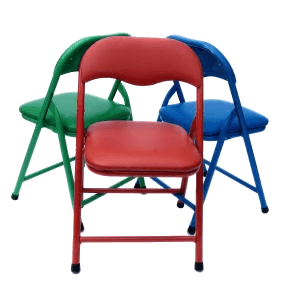 For those of us who enjoy following State politics, 2021 is already shaping up to be an exciting year. Filing deadlines are fast approaching, and the past few days have seen a flurry of potential candidates jockeying to secure a coveted chance to secure a spot on the ballot to run for State legislature. In some districts, openings have emerged due to the voluntary retirement of long-serving lawmakers, while in others, ambitious challengers are poised to oust incumbents who aren’t ready to relinquish their seat without a fight.

There are 40 Legislative Districts in the State of New Jersey, each represented by one State Senator and two State Assemblymembers—120 legislators in all. While there are a handful of toss-up districts in our state that have seen seats change from one party to another over the years, the number of “safe” districts—often represented by multi-term career legislators–far outnumber them. This year, a few of those long-entrenched legislators may now be yielding their coveted spot, and not necessarily by choice. Opportunities abound during what is often dubbed “silly season” in NJ politics…here are the contests I’m keeping an eye on in the days ahead:

In a surprising turn of events, two-term Assemblyman Ryan Peters, a former NAVY Seal who was seen by many as a rising star in the Republican party, announced earlier this month that he will not seek re-election. His announcement adds to the ongoing drama in District 8, where Republican Senator Dawn Addiego abruptly switched parties to join the Democrats in January, 2019. Her GOP replacement, Assemblywoman Jean Stanfield, has announced her intention to run against Addiego for Senate, which means the GOP will be putting up a slate of newcomers for the 2021 Assembly ticket.

After running afoul of the Republican party chair in Monmouth County, it’s been reported that Assemblywoman Serena DiMaso may face a primary challenge this year. Personally, I don’t see it happening—DiMaso has been a strong, outspoken presence in Trenton since joining the legislature in 2017, not shying away from debate on controversial bills, and the power of incumbency during an election is not something to throw away just because of petty party infighting. I would expect cooler heads to prevail in D13, with the rank and file sticking with DiMaso.

The lone Republican representative for District 16,  Senator Kip Bateman announced his intention to not seek re-election, after serving in the legislature since 1994 (13 years spent in the Assembly, and 13 years in the Senate). This opens the door for an all-new Republican slate of candidates to try and not only hold his seat, but recapture at least one Assembly vacancy that is anticipated, with incumbent Democrat Assemblymen Andrew Zwicker and Roy Freiman expected to jockey for a chance to move up to the Senate chamber.

Assemblywoman Nancy Pinkin’s resignation to take over as Middlesex County Clerk paved the way for Sterley Stanley to be sworn in this week to serve as Assemblyman in District 18.  Stanley got the nod, despite initial party grumblings that Pinkin’s spot should have been filled by a woman. The district is now represented by three men, with Assemblyman Stanley joining Senator Diegnan and Assemblyman Karabinchak. Stanley doesn’t have the name recognition typically associated with an incumbent–could there be an opening for Republicans to snag a seat this year? Not likely, given the Democratic stronghold in D18, but let’s see who the GOP manages to come up with this year.

It’s been reported that Assemblyman Jamel Holley angered Democratic party leaders in Trenton last year with his vocal opposition to vaccine mandates, and his scathing criticism on the bungling of the marijuana legalization/decriminalization bills. Insiders say Holley–the first African American legislator to represent LD20–will be punished for his outspoken ways by not receiving the official party line on this year’s ballot. As a result, there’s growing speculation that Holley will mount a “go big or go home” challenge against district mate Joe Cryan for his Senate seat. **UPDATE** It’s official: Jamel Holley is challenging Joe Cryan for the Senate seat in District 20. (Click this link to see his video announcement.)

Senate Minority Leader Tom Kean Jr. issued a surprise announcement on Feb. 1 that he will not be running for re-election. Rumors of another U.S. Congressional run began swirling almost immediately, with political insiders wagering on whether or not Kean will have another go at unseating Rep. Tom Malinowski in Congressional District 7, after coming so close last November. Assembly Minority Leader Jon Bramnick has announced his intention to run for the Senate seat being vacated by Kean, opening up an Assembly seat in District 21 to run alongside Assemblywoman Nancy Munoz.

With the announcement that she is retiring after serving nearly three decades in the State Legislature, political powerhouse Senator Loretta Weinberg has sparked an all-out brawl between her Assembly district mates for her open seat.  Assemblyman Gordon Johnson and Assemblywoman Valerie Vainieri-Huttle have been gathering endorsements to succeed Weinberg, paving the way for an opening in the Assembly. Johnson has served in the Assembly since 2002, and Vaineri-Huttle since 2006, so the clash of these two titans means that Bergen Democrats who’ve been itching for 15 years to snag an Assembly seat are poised to finally get their chance–and they’re not alone. District 37 hasn’t been in play for a long time—will the infighting this year finally provide the GOP with the opening they need to snatch away a seat or two?

Senator Gerry Cardinale has represented his district in the State Legislature since 1980—when he first took office as an Assemblyman, the President of the United States was then-55-year-old Jimmy Carter. Carter lost re-election later that year, and now at 96 years old, has since enjoyed a lengthy retirement. Not so for Cardinale, who ascended to the Senate in 1982, where he has remained firmly ensconced ever since.  The soon-to-be 87-year-old (February 20th) is facing reports that his district mate, Assemblywoman Holly Schepisi, has grown impatient for Cardinale’s retirement, and is poised to challenge him in a party convention. This morning, Schepisi—who succeeded longtime legislator Charlotte Vandervalk in 2012—confirmed to New Jersey Globe that she will file a letter of intent, and may risk giving up her seat in the Assembly in order to take on Cardinale. Touted as a moderate Republican, Schepisi’s name has been floated in political circles more often than the Trump baby balloon; over the past few years, she’s been the subject of rumors to take on Bergen County Executive Jim Tedesco, Congressman Josh Gottheimer, and as a potential challenger to Governor Phil Murphy, although none of those challenges materialized. Republicans in D39 are already circling for a chance to grab an open Assembly seat, including Woodcliff Lake Mayor Carlos Rendo. Rendo hasn’t been shy about his desire to ascend to higher office: he ran unsuccessfully for Lt. Governor with GOP gubernatorial candidate Kim Guadagno in 2017, and was quick to declare his interest in replacing D39 Assemblyman Bob Auth last year when Auth ever-so-briefly considered challenging U.S. Representative Josh Gottheimer in Congressional District 5. Although there are those who agree with Schepisi that perhaps it’s time for Cardinale to step down, he has a loyal following amongst the GOP conservative base. Cardinale is a savvy political survivor, having fostered many strong, long-standing relationships with County Committee members–the very same group that will decide who gets the nomination. Schepisi may have youth on her side, but I would not underestimate Cardinale’s power and prestige within the party.

Last but not least: the Race for Governor

Doug Steinhardt’s sudden departure from the GOP Gubernatorial race appears to have cleared the field for Jack Ciattarelli to run against incumbent Phil Murphy (opponents Hirsh Singh and Joe Rullo have yet to gain any serious traction), but I’m still hearing persistent grumblings that there may yet be one more Republican poised to throw his hat in the ring. His candidacy would certainly be a game changer. We shall see!

Want to weigh in on Marijuana legalization & decriminalization? Hurry up–you’ve got less than 3 hours!